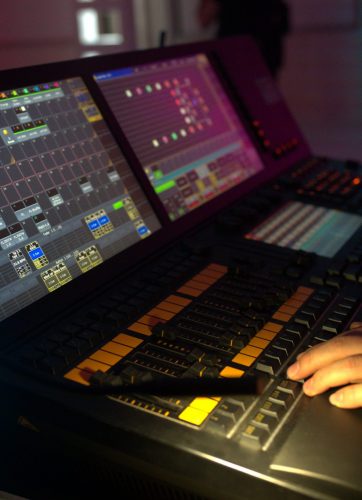 one year after the onset of the health crisis that forced venues to be closed and concerts postponed, the great machine of live entertainment was still waiting for valid answers, as well as the fans – who have never stopped asking for and listening to music. This great streaming event promoted by Homestage and RADAR concerti in collaboration with Milano Music Week, DICE and supported by Cariplo Factory was dedicated to them and the show business workers

Studio Murena, Memento, GIUNGLA and Brivedee, introduced by Luca De Gennaro, were the protagonists of this amazing show. Four Milanese artists who are revolutionising the city’s music scene with their sound. For the concert, we chose an exclusive location, Cariplo Factory, a symbol of digital and cultural innovation in Milan.

We managed the full delivery of the event, from the art direction and concept creation to the effective event production. Location management, lighting design, scenography, event management, video making of the live and streaming on dedicated channels.

A unique event in support of the local Milanese scene that has never stopped making music.